Luxury Whisky is by no means the exclusive domain of the larger manufacturers. A smaller and lesser known company, Loch Lomond Distillers, is increasing in popularity for its high-end products. Since the company changed hands in 2014, the focus of the new owners has been less on the sale of bulk spirit and more on developing premium whisky brands for sale to markets across the world.

During the past 4 years, LLD’s product base has increased from 150 SKUs to 850. This huge increase in its product portfolio has been largely due to the focus upon single malts, single cask bottling and, of course, label changes as, during this same period, the company has expanded its sales from 10 markets to 120, across six continents.

Obviously, the maturation and storage of products for longer periods hugely increases their value so that, by the time they are bottled, the reduction in product giveaway becomes even more important.

To help address such a huge transformation and increase in complexity, whilst at the same time maintaining high levels of quality and efficiency, LLD installed a Harford solution. So far, this has helped them to reduce spirit losses due to overfill and virtually eliminate paper from the factory floor. It has also improved traceability and dramatically increased the visibility of real-time performance of each production line, making any compliance, quality, overfill, inefficiency or other forms of wastage instantly visible to the whole operational and management teams. 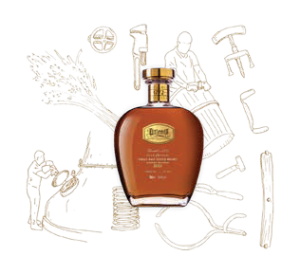 Following a fire in 2004, the former owner of Littlemill developed the current site for LLD. He bought innovative pot malt stills which rest in the cylindrical necks of the spirit stills. The Loch Lomond stills include special distillation trays which are said to make the process more efficient. This type of still, in addition to producing higher alcohol strengths, is also said to allow for different ‘flavour notes’ to be captured. This is apparently more difficult to achieve through conventional pot stills.

In 2014, the Loch Lomond Group was acquired by the private equity group, Exponent. In 2016, more new stills were installed, allowing grain whisky, single malt whisky, single grain whisky and blended whisky to all be made on the same premises.

Back to the Present

Loch Lomond’s bottling plant at Glen Catrine in Ayrshire was bottling more than 65 million bottles of whisky and other spirits per year in 2016. At that time, the company had already started to grow its product portfolio towards the 850 SKUs mentioned above and to expand its sales to its 120 market exposure today. In 2017, LLD launched its Loch Lomond 50-year- old single malt which sells for around £12,000 per bottle.

“Such a rapid increase in complexity and global market growth over a four year period, creates many new challenges and risks. To help us address these we turned to Harford Control with its well-established factory floor information management system.”

Asked how the Harford System had helped, Tony made this comment:

“Producing a great quality product, at best cost, is continuing to be a challenge for everyone in the manufacturing industry, and the drinks business is no exception. Where shelf price is increasingly sensitive, cost control continues to be challenging due to changes to employee pensions and national living wage, plus the fluctuations in the value of the pound impacting our supply chain. We have looked at every line of our accounts to seek ways in which we can reduce our overheads and waste. Our liquid is the most valuable material used in our conversion process, and reducing losses in liquid processing and bottling was a way in which we identified that we could take out cost. Before we implemented the Harford system, an analysis showed us that we were overfilling bottles by around 0.75%, which doesn’t sound a lot, however, when producing at 250-300 bottles per minute, the cost very quickly adds up, especially with more valuable aged malts. One year after implementation and Harford has supported us in reducing our bottling losses to less than 0.1%, and has taken our overall end to end liquid losses down by more than 50%. This alone has delivered sufficient savings back to the business to pay for Harford. Plus, we now have the added benefit of seeing real-time performance data, that is beginning to yield greater efficiencies on our production lines, as a result of our ability to identify and tackle the biggest causes of downtime.”

To further reduce paper recording, improve control and increase real-time visibility within the factory, LLD have also recently installed a warehouse management system from Indigo, which already has a history with a number of companies, including Greene King and Dairy Crest. Once existing systems have bedded in, we have no doubt that Harford will be asked to link with Indigo to eliminate even more paper.

With our support, Loch Lomond Group continues to go from strength to strength and in 2018 have announced a major partnership with The Open Golf Championship. This means the distiller’s exciting range of single malts are ‘The Spirit of The Open’ raising the profile of this innovative business on the international stage.

We look forward to continuing to support Loch Lomond Distillers’ ongoing transformation and expansion and to a long, mutually beneficial relationship.

About Shepherd Neame Britain’s oldest brewer can be found in Faversham, Kent, where beer has been produced for over 850… Read more

About Encirc Encirc is a market leader in glass container design, manufacturing, bottling and logistics solutions for the UK and… Read more

About Thatchers Thatchers Cider, the family-owned cider makers in North Somerset, England, was founded by William Thatcher in 1904. His… Read more