Because so much carried out by product pre-packers just isn’t effective or nowhere nearly as effective as it could be. This simple reality creates huge volumes of product wastage within the UK alone and the Average Weight System has now gained momentum far beyond its original European remit, so much so that it is now the preferred prepacking standard in most countries worldwide. Consequently countless £millions are lost annually in product and raw material ‘give away’ from which nobody benefits. The pre-packers lose £millions, whilst the consumer loses virtually nothing from the move to Average Quantity.

It is now nearly 43 years since European Average Quantity Law replaced Minimum Quantity and yet there is still a lot of misunderstanding of what is allowed and what isn’t, and even a preference amongst some packers to remain with the old Minimum Quantity system because of misunderstandings and listening to the wrong so-called ‘experts’, “There is too much variation within our product packages to move to ‘Average’ so we need to stay with ‘Minimum’ in order to remain legal” is still heard as a justification for failure to adopt this important change, when in actual fact, the reverse is true. The product packer with the greatest product/raw material variation stands to gain most from a full adoption of The Average Quantity programme.

It is true, of course, that there are some packages that do not fall within the Average Quantity guidelines, and therefore must remain on Minimum Quantity, but most pre-packaged goods supplied to European retailers do not fall within this category. One notable exception could be some pharmaceutical products where the dosage is critical, in which case such products would likely be controlled through the European Pharmacopeia quantity control system, but that is not the subject of this article. The author is however more than willing to pick up a one-to-one conversation with any interested company/individual, with a genuine query, upon which they would like a confidential discussion. 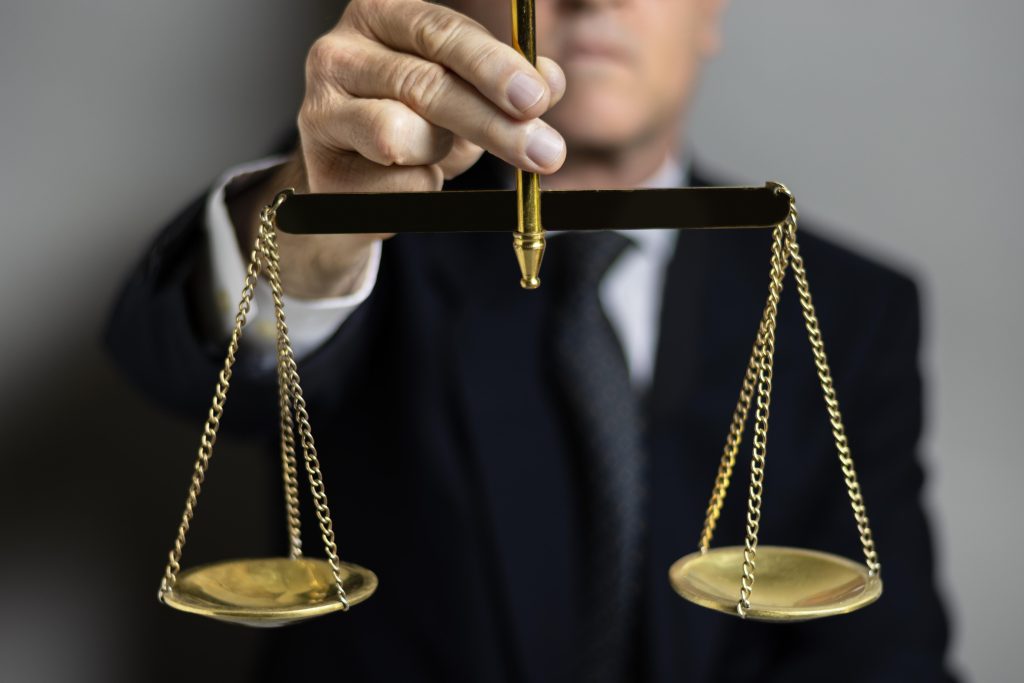 Average Quantity Law does not Benefit the Consumer

Though regulation, control and prosecution is carried out in the UK by the Trading Standards Institute, through their local Trading Standards Officers who carry out Reference Tests, to gauge and ensure compliance, Minimum Quantity Law did more to protect the consumer. Trading Standards are often referred to as ‘Consumer Protection’ and, to the extent that they do their best to ensure compliance with Average Quantity Law, that is still an accurate description, but it doesn’t alter the fact that the Consumer received more under the old Minimum Quantity system and it was far easier  to understand. During the 5 decades that we have been helping manufacturers achieve their objectives, we cannot think of one piece of Government Legislation that actually does so much to help the manufacturer, at miniscule loss to the consumer.

Imagine a super dairy, bottling circa half a million litres of milk annually. The April 2022 dairy gate milk price was 37.4ppl.  If such a bottler/packer overpacks, on average, by just 3mls per litre (half a teaspoonful per litre), that will cost the dairy, in wasted raw materials, approximately £560,000 per year. With all other raw-material-to-finished-product conversion costs remaining the same, that £560,000 represents a loss straight to the bottom-line pre-tax profit. 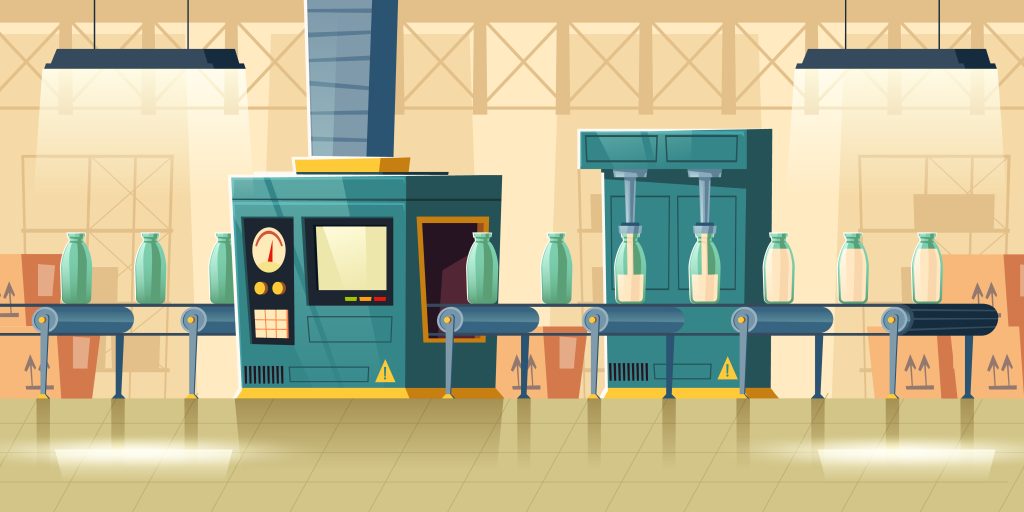 Using another example, the UK spirit bottling industry runs a double risk; underfilling on the one hand and consequently risking prosecution from Trading Standards, whilst overfilling, on the other, and not only suffering the costs of ‘giveaway’, but also the risk of an assessment raised by HMRC for the excise duty on overfill. Unlike Average Quantity Law, where the rules and tolerances are clearly documented within many reliable online sources, allowances for overfill are not so clear. When asked by one spirit bottling group, how much overfill tolerance would be allowed, before excise duty was applied to the overfill, one HMRC respondent simply replied “Just get it right Gentlemen”.

So, if we take a mid-sized spirit bottler, producing say 12 million cases per annum (approximately 108 million litres) and assume a similar average overfill (to meet Average Quantity Law) to the dairy application of 3mls per litre (just a little over half a teaspoonful per litre) this would represent 324,000 litres of ‘giveaway’ per annum. Such a small level of overfill may well be necessary in order to remain legal (Average Quantity Law) due to the often higher extent of process variation as a  consequence of the fact that glass is the preferred bottling medium. Glass bottles obviously vary in both weight and volume content, more than plastic bottles or waxed cartons.

(Article: Is Your Fill Control Optimised or Simply Average?)

If we assume that HMRC deem the 3mls per litre to be saveable giveaway, they may raise an assessment for the unpaid excise duty on overfill. Conveniently for HMRC, they don’t have to prove anything. If they raise an assessment, then it is up to the bottler/packer to prove HMRC wrong through their historical records. We also understand that HMRC are given new assessment targets each year by the UK Government and are incentivised with a bonus for each assessment raised that cannot be disproven by the hapless recipient, either because they did overfill or because their records are insufficient to prove HMRC wrong.

When HMRC raise an assessment, they can go back 6 or even 7 years.

A couple of decades ago HMRC raised an assessment upon us (Harford Control) for what they considered to be a VAT fiddle of £250,000. “Ouch”. At the time, because we had a very active agent in Denmark, we were selling, perfectly legally a surprisingly large volume of VAT free exports. HMRC did not believe us and said that we would need to prove all our exports, through documented records, during the previous seven years. Being small, we objected, due to the huge extra workload that such a manual exercise would involve. Their unsympathetic response was “No problem, just pay our assessment instead”.  We were, therefore, forced to prove our exports, and we did, despite the workload. We proved them wrong in court.

The Small Overfill Quantified by Assessment

No packer can prevent such assessments from being raised for excise duty or VAT, but all can prepare for such an eventuality by being aware of the prospect, keeping down overfills and maintaining easy to access, accurate, computerised records, in case there is a need to mount a robust defence to an unfair challenge.

So, unlikely as such a challenge from HMRC might be, especially going back 6 years, it makes good commercial sense to be prepared.

In our example above, what could such an assessment amount to? The typical UK home market alcoholic strength of whisky is 40%. The current excise duty on 1 litre of 40% strength whisky is £11.40.  So, worst case (total assessment based upon the previous 6 years production of 12 million cases per year and an average overfill of 3mls per litre (0.3%) would amount to:

324,000 litres overfilled per annum X £11.40 excise duty per litre X 6 years, amounts to a whopping £22million pounds. I am pleased to say however that I have not, thus far, experienced the raising of such a brutal assessment, but I have witnessed some lesser assessments. The safest premise to adopt is that ‘if it can happen, at some time it will’. This seems especially true at present when our tax collectors will be going after every penny they can, following our massive debts accrued through the Covid pandemic.

In short, there are significant costs to overfilling and instant savings to be made which go straight to ‘bottom line’ improvement.

In the prepacking of alcoholic beverages there are also significant risks of punitive assessments raised by HMRC, for the duty on overfill.

Every industry from bread, dips, dairy, soft drinks, alcoholic beverages, fish packers, etc., which currently pack to Average Quantity Law, has opportunities for improvement. We have yet to see any such industries where fill levels have already been optimised, both from a legal and a cost of overfill perspective.

The other good news is that better control of fill levels does not necessarily mean more frequent adjustments, it could result in fewer, though this is highly system dependent. A major reason for this is directly attributable to the combination of statistical process control and process capability. Every process is different and will have its own inherent variables. Key to better control, therefore, is to allow for such process variables in the setting of Control (Action) Limits. If this isn’t done well, then adjustments will either be too frequent or too infrequent, leading to operator frustration, more giveaway and greater risk of legal non-compliance.

We have often mentioned continuous improvement (Is Your Continuous Improvement Journey Coping With Change?) and lean manufacturing (Lean Manufacturing Must Become the Norm), in previous articles. Some of this can sound quite daunting, but there really are only two things in any manufacturing process where improvements can markedly affect the ‘bottom line’, one is Materials Utilisation (the subject of this article), the other is Labour Utilisation (the conversion of raw materials into consistently compliant finished products as quickly as possible, with no compromise on quality). Every other process production control parameter is secondary to these two key metrics.